It is the aim of The Galloglass Project to replace anecdote with analysis and to bring precision to our understanding of this remarkable phenomenon. The database is constructed from the widest possible spectrum of materials and from very disparate sources and is attracting much on-line interest because of its association with a number of high-profile Humanities links, most importantly De Re Militari, The Society for Medieval Military History and CELT, the Corpus of Electronic Texts.

A conference was held in Edinburgh University in March 2003 to introduce the work of The Galloglass Project to the field's leading specialists, and the proceedings are published as The world of the galloglass: Kings, warlords and warriors in Ireland and Scotland, 1200-1600, ed. Se&aacuten Duffy (Dublin, 2007).

The Galloglass Project laid the foundation for the new project funded under Cycle III of PRTLI to investigate Scottish migration to medieval Ireland in all its manifestations: The Medieval Migration Project.

In September 2007, the members of both The Galloglass Project and The Medieval Migration Project organized a conference in Trinity College Dublin: 'The first English empire?': cultural transmission and political conflict in the British Isles, c.1100-c.1500.'

The Galloglass Project Database is now accessible online as part of the CELT Project, the searchable online textbase of Irish literary and historical culture which is directed by Dr Hiram Morgan. Thus its final realisation is the result of inter-varsity collaboration, having been funded under Cycle IV of PRTLI by the University College Cork Humanities Platform. 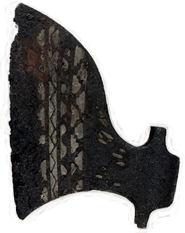